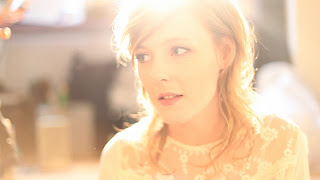 WHEN friends asked Nina Smith to break into song at school, she’d lock herself in a toilet cubicle and let them listen outside.
“It’s true,” laughs the 25-year-old from Bakersfield.
“I was too shy. I’d recorded music at home on my computer and put it on mini-discs but I didn’t have the confidence to actually stand in front of anyone and do it.”
Despite that she is now among the most talked about musicians on Nottingham’s music scene and expected to follow Liam Bailey, Dog Is Dead and Jake Bugg by signing a deal with a major record label.
She has supported everyone from Finley Quaye to Alicia Dixon and appeared on Radio 1. Strange then that Nina never harboured ambitions to be a singer as a child.
“No-one in my family is really musical at all,” she says.
“My dad was a lorry driver and he also worked on the canals. My mum worked in retail. But she did play a lot of music in the house, like Tina Turner, Simply Red and Robert Palmer and I used to mimic them. I’d try really hard to get it exactly the same.
“I didn’t think ‘I want to be a singer’ I just enjoyed it. It’s the only thing I’ve ever been good at.”
She wasn’t a particularly big fan of music either.
“The first song I ever bought was Mr Blobby on a cassette,” she laughs.
“I liked Destiny’s Child, Justin Timberlake and the Spice Girls but I didn’t really go to gigs. I was more into clubbing.” 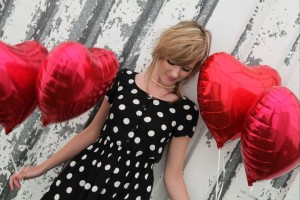 Her first conscious move towards a singing career came at 17 when she dropped out of college to work on her music at CRS, the community recording studios in St Ann’s.
“They took me under their wing and developed me. It was where my confidence as a performer grew. I dropped out of college to concentrate on that.”
Her soulful pop style was in contrast to the studio’s largely hip-hop stable.
“There were people there who were getting played on Radio 1, like Scorzayzee, C-Mone and Shifty Spirit. They were mostly rappers. But I’d start to sing on their tracks, feature choruses.”
It was a session with Scorzayzee at Maida Vale that gave Nina her Radio 1 and 1Xtra debut 18 months ago.
Soon after she as supporting Finley Quaye in London.
“I walked in on him on the toilet,” she laughs.
“This was before I’d even met him. And foolishly when he came out I asked for a photo. It was all a bit uncomfortable to say the least.”
Earlier this year she opened for Alicia Dixon at the opening of Best Buy at Castle Retail Park.
“It was the strangest gig I’ve ever done. The first day I was performing on the Best Buy bus in Birmingham. Then the second day was outside the shop in Nottingham with Alicia Dixon and there were hundreds of people there. I gained some mega fans from that gig but it was strange.”
There have been offers from record labels but not the right ones as yet.
“I think one label wanted to shove me out on stage in a short outfit with a dance act and I wasn’t ready for that.
I wanted to see what I could do first.”
Which is why she will be releasing her debut EP, Lonely Heart Club, later this month.
“It’s very exciting in Nottingham at the moment. There are a lot of artists getting recognition like Liam Bailey, Ronika, Dog Is Dead and Jake Bugg. And there are others on the way like Royal Gala, Natalie Duncan, Cecile Grey and Harleighblu.
“And everyone is supporting each other.”
Liam Bailey, who is signed to Polydor and hit the Top 5 with the Chase & Status single Blind Faith, is a friend.
“Liam has the potential to go all the way,” says Nina. “Although he can be embarrassing sometimes.
“When we were at the Bodega once we met Mat Horne from Gavin And Stacey. I introduced myself properly but Liam grabbed him in a headlock and started messing his hair up. He just doesn’t care.”

Nina Smith plays The Waterfront Festival tomorrow.
Lonely Heart Club EP is released on CD and through iTunes on Monday August 29.
Posted by Simon Wilson at 09:28