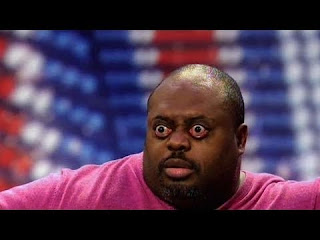 
WALK into any pub in the city centre tonight, lob a handful of bird seed in to the air and chances are you’ll hit more people with talent than those deluded goons on tonight’s final of Simon Cowell’s Karoake Pantomime With Dogs And Geriatrics.
Yes, it’s easy to criticise a mainstream TV show like Britain’s Got Talent. It’s like saying ‘Of course I didn’t see Coronation Street last night, I was engulfed by a fascinating documentary on BBC4 about 19th century European literature.’ But this isn’t Inverted snobbery. I’ll admit to regularly watching Corrie, The Apprentice, Taggart... and when the wife naffs off to bingo even Jason Statham growling through a haze of testosterone for 90 minutes.
I’m not afraid of popular culture but Britain’s Got Talent is terrifying as a representation of the nation’s ability to entertain.
Woman dances while beckoning her two baffled pooches to follow. A Scottish quiff mistakes Louis Spence mimicry, while ‘singing’ children’s TV themes, for musical comedy. An old woman plays the organ while grinning like a loon and wriggling on her stool as if her bladder is about to implode.
There are cruise ships and working men’s clubs who wouldn’t dream of booking such sub-standard excuses for entertainment.
And could a TV show carry a less appropriate name? Ryan Giggs and The Art Of Good PR perhaps? Or Gary Glitter’s Holiday Hotspots?
There have been exceptions in this series. Sandiacre’s daredevil BMX rider Joe Oakley is a former world champion (see page ??) but was overlooked for a lad who can play the piano, yes, but no better than anyone mid-way through their grades.
And I’m not just saying that because he’s one of us. That sphincter-shrivelling Arnie impersonator is a Nottinghamian as well.
Fledgling boy band, New Bounce, get my vote. Well they would if I ever bothered. But they’re up against bookies favourite Ronan Bieber (or whatever his name is).
One was amused to see the internet awash with rumours that Cowell had already ‘discovered’ the 12-year-old and BGT was merely a platform to launch his career. Yesterday, Cowell’s people reacted with a statement: “There is no truth in this story whatsoever,” then threatened “to take whatever legal action is appropriate to prevent further publication of these unfounded allegations”, adding “we will not tolerate bullying of any kind.” They mean likkle Ronan, not Cowell, silly.
It doesn’t matter that it isn’t true because it’s great PR for a TV show that isn’t really about discovering new talent at all. It’s for entertainment. Britain has got talent. This isn’t it.
Posted by Simon Wilson at 14:46

Email ThisBlogThis!Share to TwitterShare to FacebookShare to Pinterest
Labels: britain's got talent