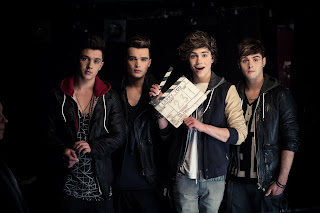 X FACTOR finalists Union J have shot the video for their debut single, Carry You, in Nottingham.
The four-piece, who got together on the ninth series of the TV show, came to the city in March for a two-day shoot that included the Music Exchange, Jam Café, COW Vintage, Brik Barbers and the Maze, where they are seen singing at an open mic night. 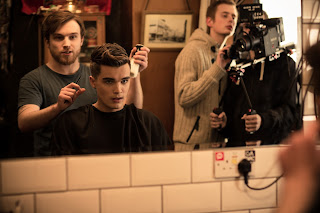 JJ Hamblett, Jaymi Hensley, Josh Cuthbert and George Shelley finished fourth in last year’s X Factor. Carry On is their first single since for Sony Music, who commissioned the Nottingham production company Wellplastic to make the video.
“Wellplastic were asked to pitch to create the video after working on two videos for Nottingham artist Indiana, who is also signed to Sony,” says Sally Hodgson from the Lace Market-based company, which has also created promo videos for Speedo, Moulton bikes and Nottingham Girls’ High School.
“The team at Sony loved the idea of filming outside of London and were impressed by the locations Nottingham had to offer. 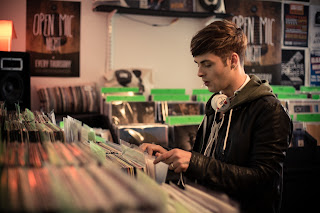 “Wellplastic set up a temporary production office at Broadway Cinema and the exterior shots were captured around BioCity and One Thoresby Street.”
Union J and the production team stayed at the Lace Market Hotel.
Although the shoot was a secret, the boys were tweeting throughout their stay in Nottingham. 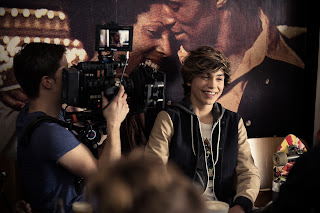 “Absolutely amazing time shooting our very first music video,” said Jaymi.
“Bye bye Nottingham! Been such a crazy few days! Can’t wait for the next few months,” added George.
Sally added: “It was a bit of a homecoming for George as his father lives in Nottingham.”
The video also features Daybreak presenter Richard Arnold, who tweeted: “On set with @UnionJworld for their first ever video shoot. Lads on great form. Top secret frozen location!”
Close to a million people have watched the video on YouTube. 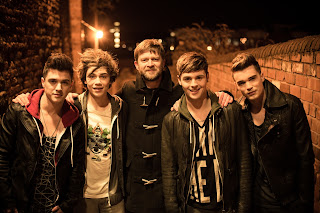