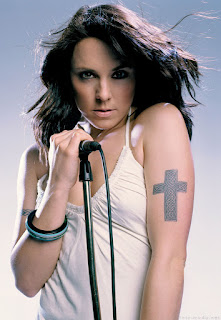 Catch Melanic C at the bar. Her's is a lager-top
She’s 29 years old and has never sent an e-mail
She launched her solo career at the V99 Festival and was promptly showered with bottles during each song. “One of the worst experiences of my life,” she says
Stevie Wonder’s Songs In The Key of Life is her favourite album Dusty Springfield, Annie Lennox and Kate Bush are her favourite singers
Her debut solo album, Northern Star, sold one million copies in the UK
Hit singles include When You’re Gone, with Bryan Adams (3); Goin’ Down (4); Never Be The Same Again (1); I Turn To You (1); Here It Comes Again (7)
Here It Comes Again was co-written with former Blow Monkey Dr Robert
At the Doreen Bird Academy of Performing Arts she shared a room with Calverton-born singer Claire “Angel” Poyzer. “We were pretty close mates,” remembered Melanie. “She was a really good singer. I don’t know what she is doing now.”